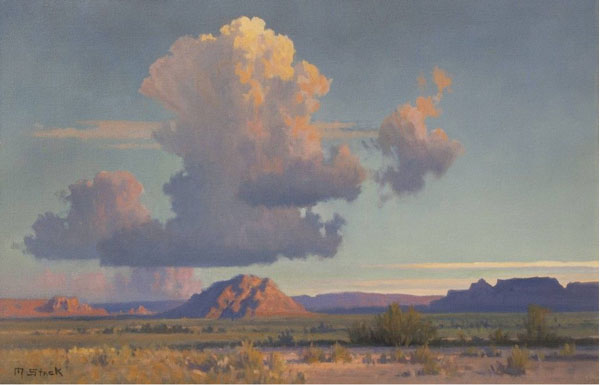 Self-taught Southwestern landscape artist Michael Stack always wanted to be a painter. But not until a 1970 move to Arizona to work as a ranch caretaker, did he become a serious artist. Stack was born in New York and grew up in California. There, he was urged to conform to popular abstract painting; instead, he chose to follow his own unique expressive vision.

Stack admires the Hudson River School of Art and early American landscape painters, and he’s attracted to a variety of Western landscapes, but it is the beautiful, arid Sonoran Desert where “all you see is sky,” the rugged mountains, and endless grasslands of the Southwest that inspire him. His characteristic style of layering paint enables him to recreate a range of color and distance in his panoramas. He is best known for canvasses that capture the drama of luminous skies, tangible sunsets, and powerful ominous storms. And to remind viewers of the beauty that surrounds us, Stack likes to paint those subtle unnoticed places in nature: a fleeting moment of shadow, light, and color that awaken an emotional response in the viewer.

Stack’s work is widely collected. He’s participated in every major western art show and has received many honors and awards, such as master artist and artist of the year, and his work has appeared on several magazine covers as “favorite artist.” Through the years, Stack has lived in a variety of Southwestern cities. Currently, he resides in Taos, Mew Mexico. 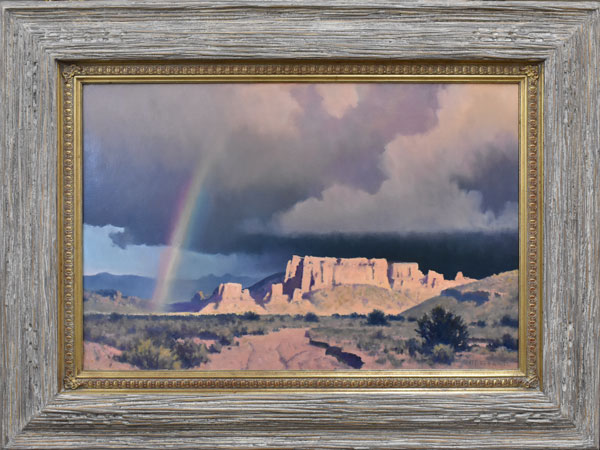 “Another Promise of Rain” 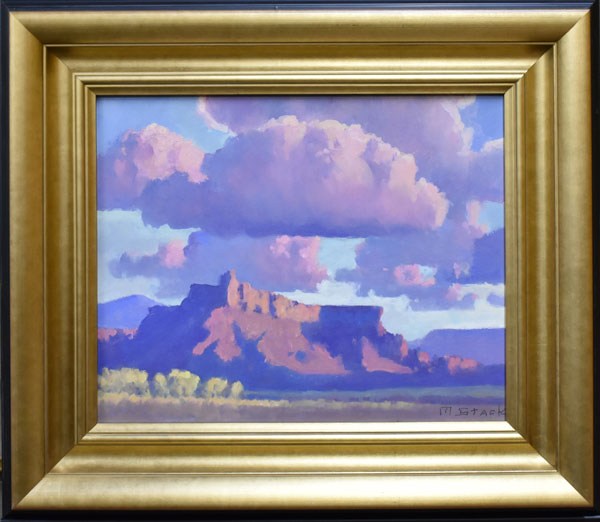