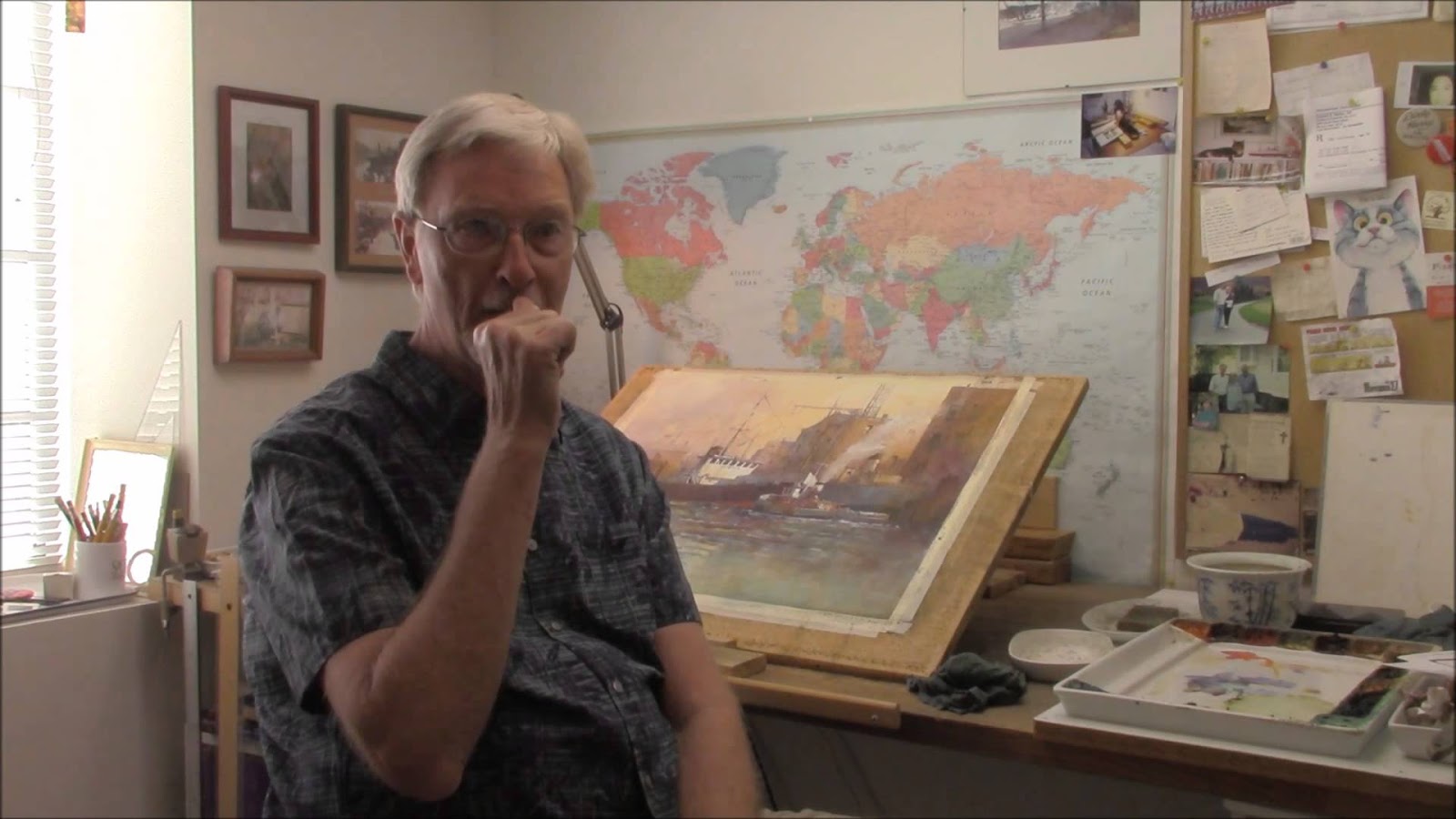 Ian Ramsay was born in Farnborough, Kent, England. He spent his early years in Britain and Canada, and eventually settled in the United States. He received a degree in architecture at the University of Utah and is a licensed architect. In 1979 Ian left architecture to become a full time watercolor artist. Since that time he has traveled and painted extensively. His work has been exhibited all over the US, Japan and Britain. Ian has participated in many juried, invitational and one man shows throughout the US and Japan. He has been an instructor at the Salt Lake Art Center and has done numerous demonstrations and painting workshops. Ian and his wife Carol have been residents of the Salt Lake Valley in Utah for the last 35 years. 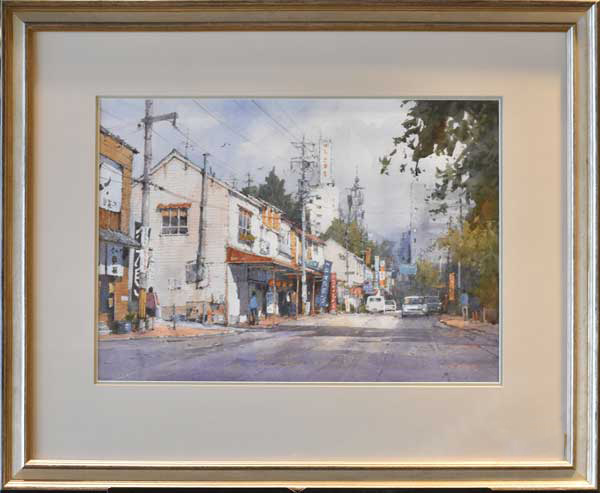 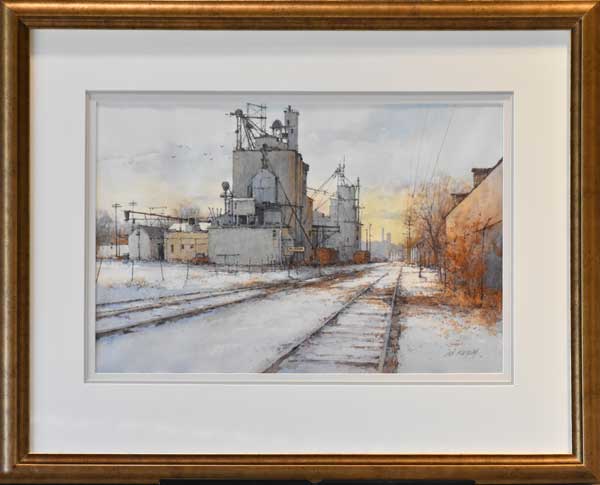 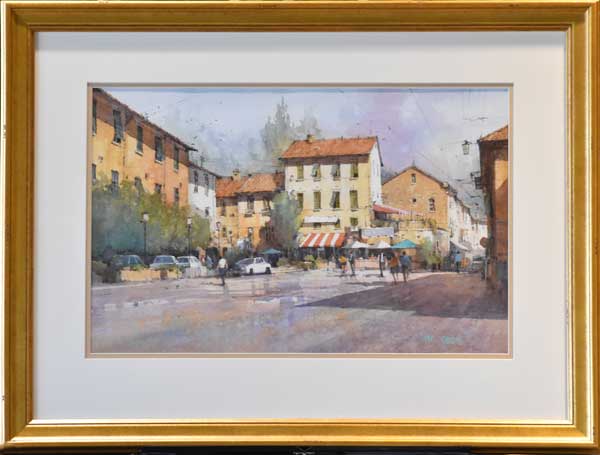 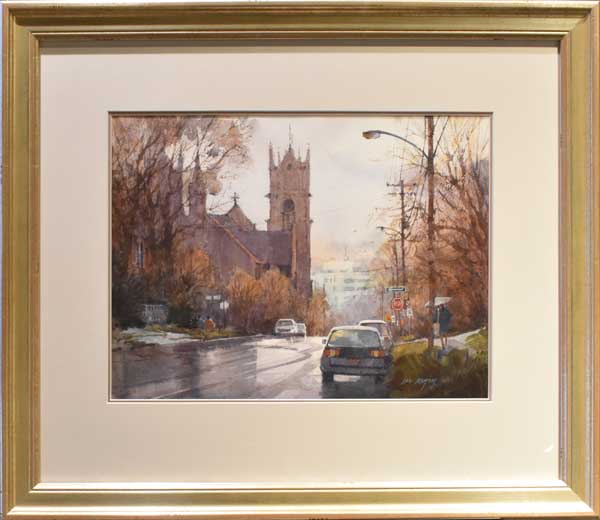 “Third Avenue and B Street” 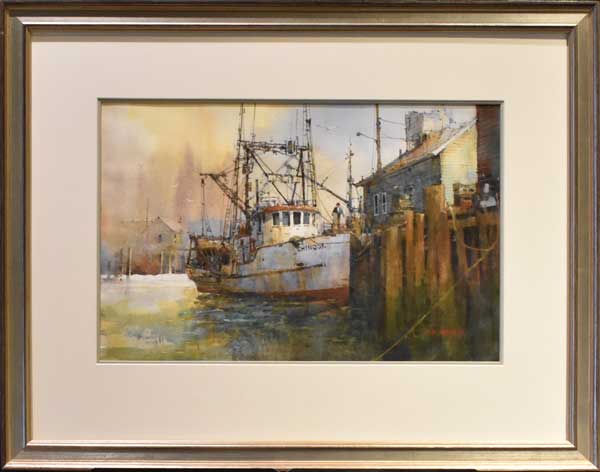 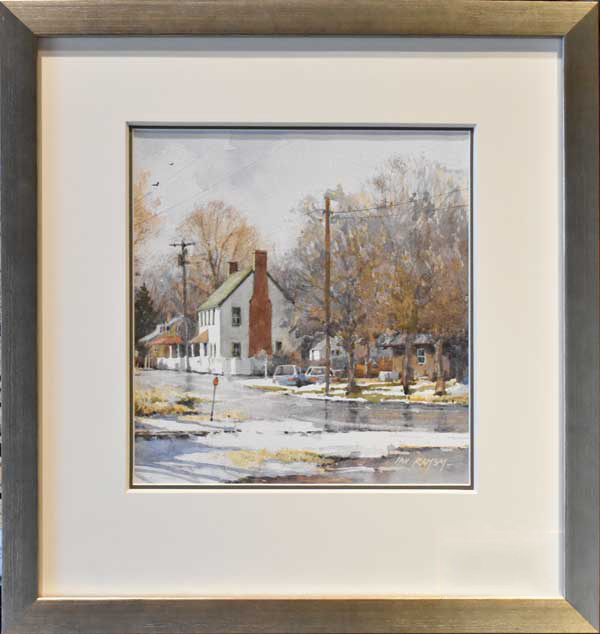