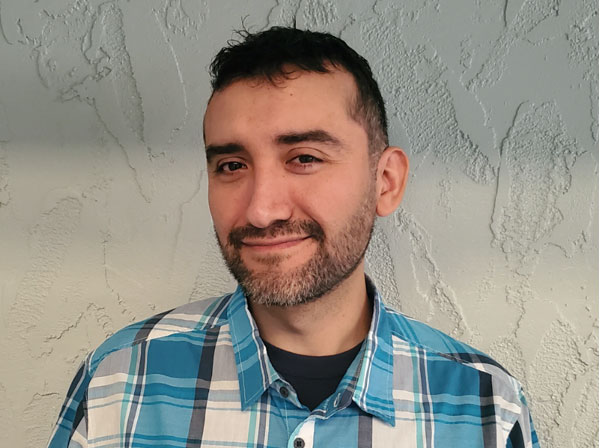 “I illustrate aspects of time, space, and nature challenging my viewer to look inward and find balance through the chaos of paint I set before them. I elaborate on my experiences through color, often relying on my feeling and intuition to compose my work.”

Muralist Guillermo Uziel Orozco uses impasto and texture to expand the properties of paint to elaborate on his ideas. He strives to make his work be about the paint, as if the paint itself has an emerging, conscious life of its own. Through anthropic reasoning, he allows the paint to open up his practice and further expand on his work’s therapeutic nature, using it as a tool to help self-heal.

Orozco was born in 1985, in Brownsville Texas, a first-generation American to Mexican immigrants seeking a better life. His family settled in Houston, where he spent his childhood. His love of drawing as a young boy and into high school led to him participating in the Houston Livestock Show and Rodeo’s student art exhibitions. In 2004, Orozco enlisted in the US Army where he served as a Chemical Operation Specialist. There, he was given the opportunity to paint two Murals and a few smaller projects for his units. One mural was painted at LSA Anaconda, Balad, Iraq in 2006. After a 2015 injury in Afghanistan, he returned home as a Sergeant to complete his enlistment and then to begin studying fine arts at the University of Houston. Orozco describes ‘stellar professors’ at the UH painting department who helped mold him to further refine his craft, which always stood out among his peers. In 2020, he received a BFA in painting and a minor in art history, cum laude. Currently, Orozco lives in Utah with his wife and son, working from his home studio in Hooper.