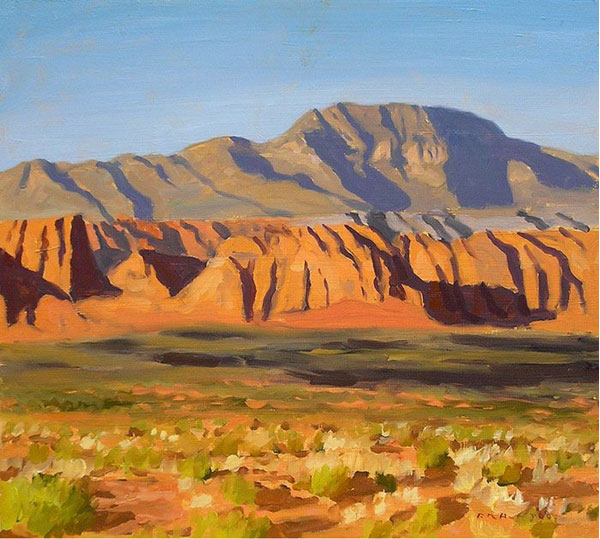 Frank has been featured in the publication “Utah Profile” as one of Utah’s premiere artists.  During the 2002 Winter Olympics in Salt Lake City Frank was selected as one of Utah’s top 100 Artists (for the period of the last 150 years).

“In 1982 Frank Ray Huff was accepted into the Park City arts festival and it was then that he decided to become a full time artist. The Brushworks Gallery generously framed his paintings. It was June and the festival was the first week in August so he quit his job and started to paint. The art festival was a success. Right after the festival he married his wife Jean who is from Glasgow, Scotland. He met her when she was in art school and she was an impressive artist in her own right. They went to Carmel, California on a honeymoon and Frank brought several paintings along to show to galleries. The Fireside Gallery in Carmel took him on as an artist. While on his honeymoon, every painting he had in that gallery was sold. From that beginning he kept painting full-time and has traveled to Egypt, Scotland, England, France and throughout the U.S. Frank also had a one-man show at the American Embassy in Paris.  He now resides with his family in the art community of St. George, Utah where the weather is great year-round and the scenic attractions are plentiful.