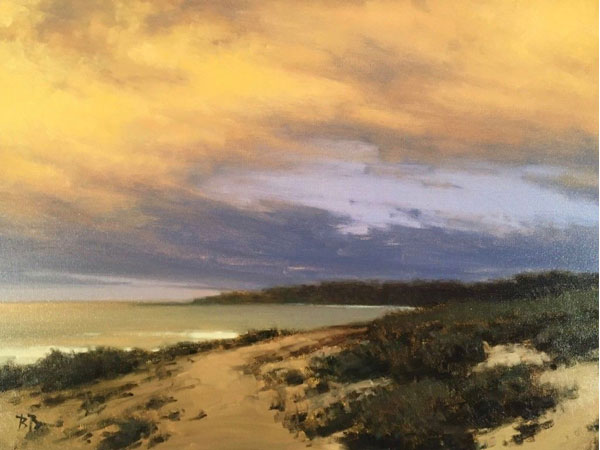 “My favorite subjects are scenes from Northern California. I have a connection with the sea, especially around the Monterey area and Point Lobos. I grew up around boats. When I was a boy, my father and I would build and fix boats during the New England winters. Now, I can’t imagine a life without being able to paint. I am blessed with the confidence and guidance that creating art is what I will be doing for the rest of my life.”

Since the 1990s, master painter and California impressionist Brian Blood has been transforming the west coast’s endless playground of wave, shore, sand, rock, and rolling hills into magical compositions. With his own twist on the plein-air tradition, Blood’s approach to painting is first to create small-scale reference pieces and to shoot photos of his natural subjects on location. There, he looks to the landscape for information, for relationships. He keenly observes the fluctuating, mutable, and ever-shifting light, and he seeks strong overlapping shapes, silhouettes, patterns, interesting color nuances, and design.

Back at his studio, Blood collaborates with the information he’s captured in his small-scale studies and photographs to thoughtfully create larger compositions that appear to transcend time or space. His landscapes capture the enigma of light and mood, shifting shadow, and the depth, space, shape, form, and movement that is the poetry of the Pacific coast.

Blood currently lives with his award-winning artist-wife, Laurie Kersey, in Pebble Beach, California. Originally, a professional graphic designer and art director, he switched gears to study art at San Francisco’s Academy of Art University. After receiving a Master’s of Fine Art, he taught at the academy for 12 years along with Kersey. Blood continues to teach landscape painting classes and run workshops. He has been featured in several magazines, won numerous awards of excellence, best of shows, and artist’s choice awards throughout the years. 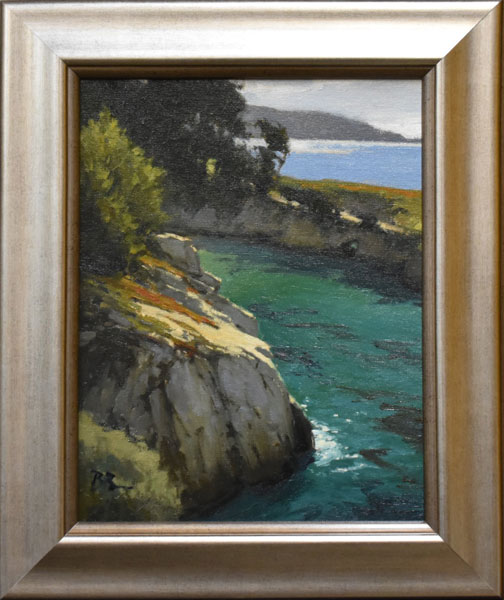 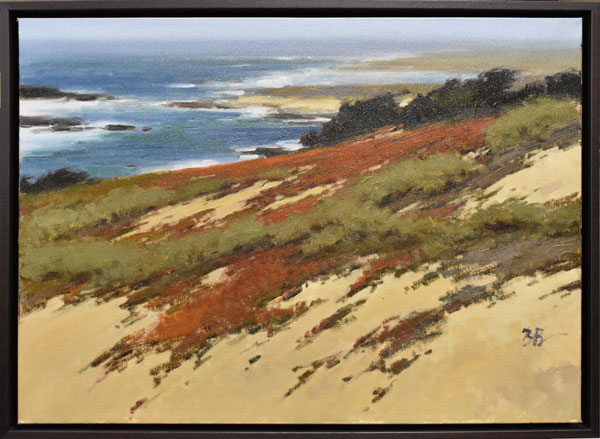 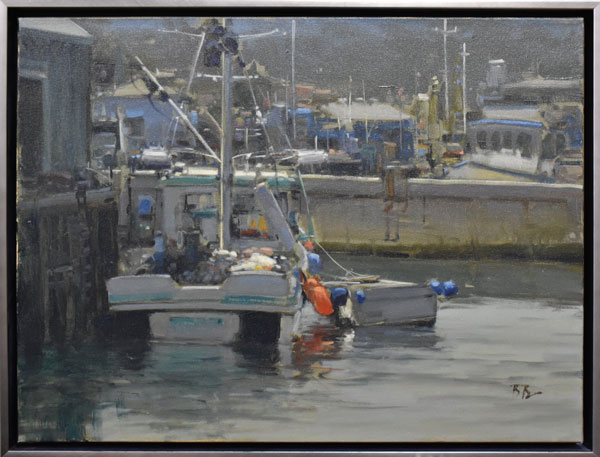 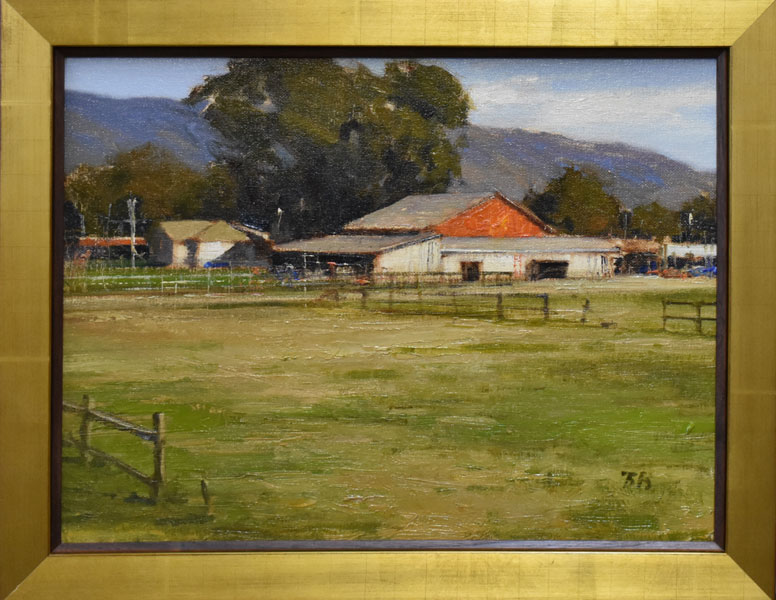 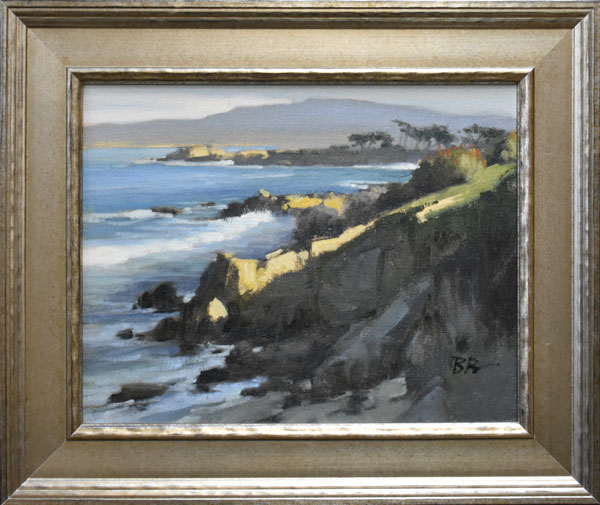